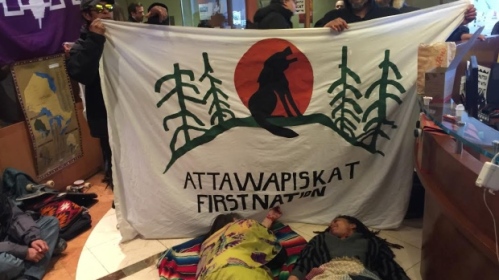 Protesters raise an Attawapiskat First Nation flag in the Indigenous and Northern Affairs office in Toronto. They’ve been occupying the office since mid-morning on April 13. (Simon Dingley/CBC)

Demonstrators calling themselves #OccupyINAC have taken over two Indigenous and Northern Affairs offices and forced the department to close six more buildings to the public.

The protests began in Toronto, where around 30 people took over part of the Indigenous Affairs office on April 13. One day later, a similar occupation began in the department’s downtown Winnipeg office.

Demonstrations have since been held outside offices in Regina and Gatineau, Que.

In an email to CBC News, a department spokesperson said offices across the country have been affected by the protests.

“We recognize the public’s right to engage in peaceful protests and lawful assembly and are balancing that against the need to ensure public and staff well-being.”

In Winnipeg, the protesters issued a press release demanding a meeting with Prime Minister Justin Trudeau, as well as protection for lands and waters and the abolition of the Indian Act.. They say colonialism has led to crushing poverty that fuels the suicide crisis in indigenous communities like Attawapiskat, Ont.

“These conditions have existed in our territories for centuries, and the so-called government of Canada administers and benefits from it. These are acts of war, oppression and treason against our ancient treaties. Immediate response is called for,” reads the statement.

In Gatineau, around a dozen security guards kept over 50 protesters out of the Indigenous Affairs building for several hours on Friday, including Jocelyn Iahtail, who said government must do more for her home community, Attawapiskat.

“We need people to have the compassion and kindness to hear the pleas of our people.” she said. “You can’t allow this to continue. And you cannot stay silent. You just can’t stay silent.”

In Gatineau, the protesters vowed to return again when the office opens on Monday. 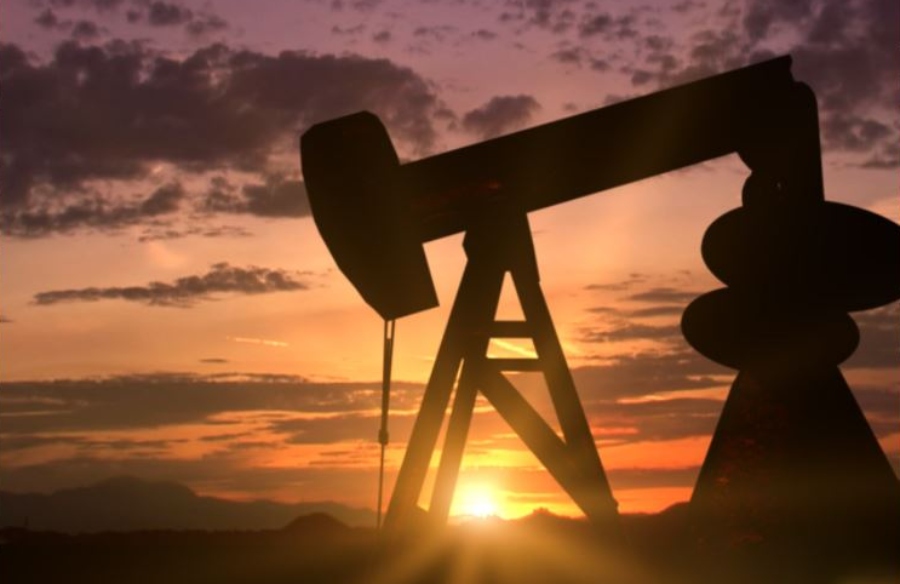 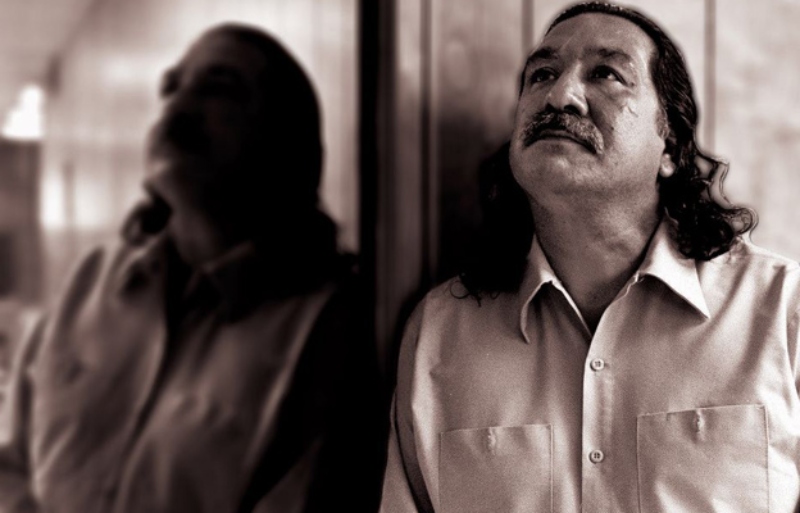 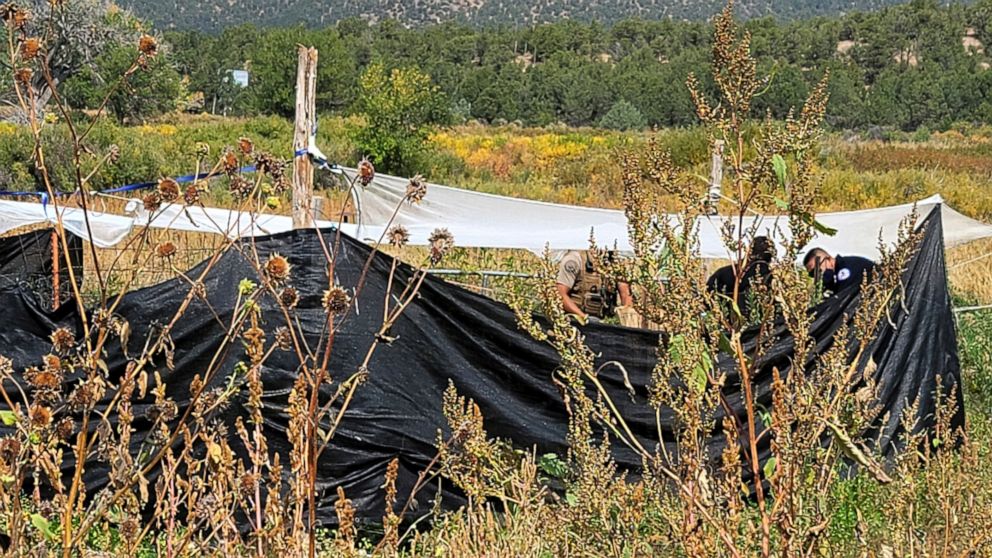 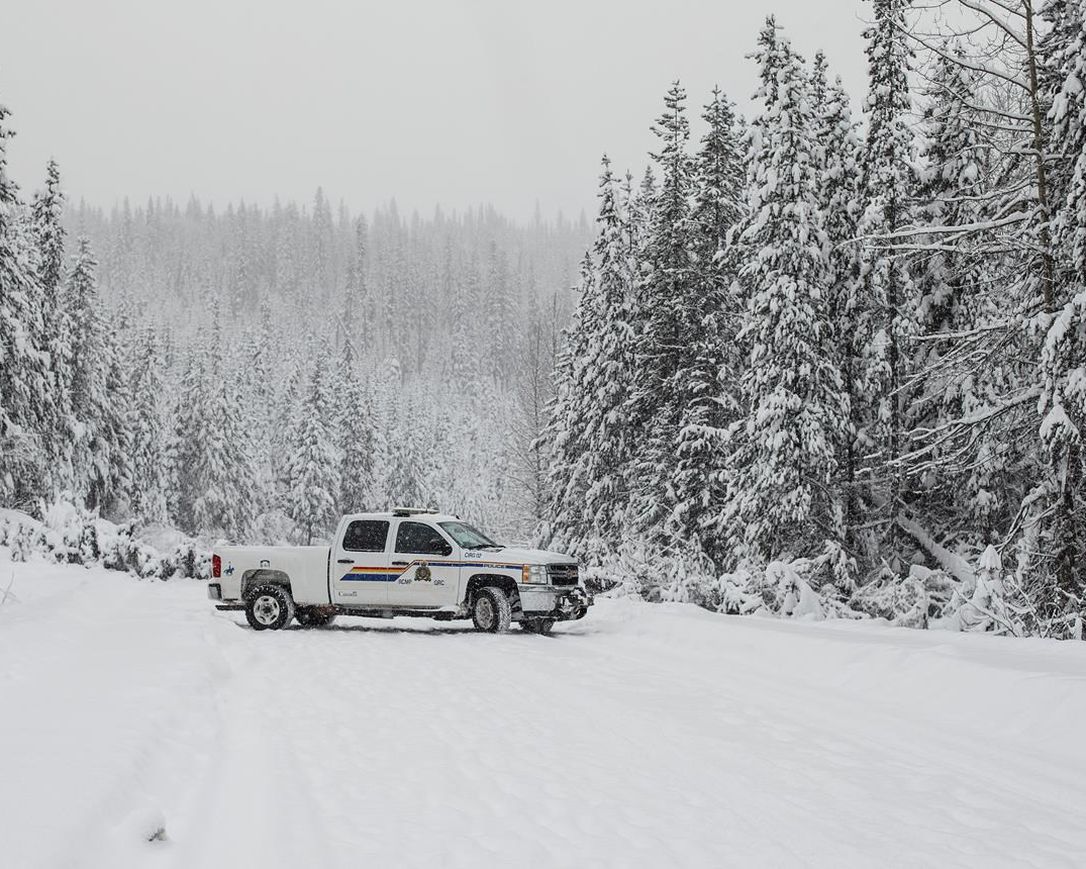