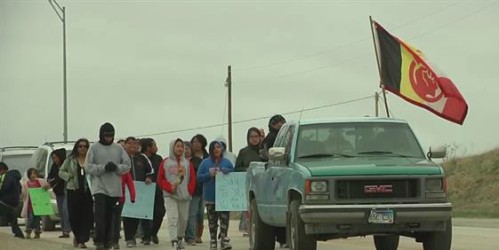 Parents and tribal officials on the Pine Ridge Reservation are facing a worrisome surge in methamphetamine use among tribal youth.

Friday in Pine Ridge Village, family members of meth users and their supporters marched to the front of the meth fight, proclaiming a grassroots campaign to rid the reservation of the potentially deadly drug.

They began at noon in light rain and chill winds, marching from the hill where the old Indian Health Service Hospital used to stand and down U.S. Highway 18 into town.

Their goal is for tribal members, and in particular the young, to withstand the storm of methamphetamine use that has been sweeping across their reservation.

“It’s a bad thing. It’s really bad,” she said. “It hurts you. And it makes your body feel real ugly and sick.”

Dreamer said her addicted sister was recently jailed for meth use. She said other friends and relatives have the same problem.

“A lot of people my age and younger are starting to do meth,” she said. “And it’s not OK. It’s not good. It’s poisoning our people.”

Dreamer’s mother, Julie Richards, leads the Mothers Against Meth Alliance on the reservation. Richards began working on the meth problem when she recognized that another daughter was a user. She also developed a Mothers Against Meth Alliance Facebook page, where she gets contacts from people seeking information on meth or help with meth problems and loved ones who are addicted.

“I come to support Julie’s effort on our reservation,” she said. “We want to get the message out to the people, to the youth, that meth isn’t Lakota.”

The Lakota culture relies on spirituality, not chemicals, Shockey said. She hopes more public awareness and grassroots marches and rallies and education campaigns can prevent and help reduce meth use.

Marchers Friday said every step forward in an event like the march and rally takes them closer to their goal of ridding the reservation of meth. But they know also it’s a big job.

Babe Poor Bear said she has “a cousin who’s hooked on meth,” and a niece who is also addicted. The problem is immense, and has overwhelmed the government system, she said.

“We have a system that’s not working here,” she said. “We no longer can rely on the system that is not working. We’re now working collaboratively, from a grassroots effort, which is what’s going on here today.”

But they know enough to organize and fight it, one step at a time.

Marchers said it’s important for tribal government, law enforcement and treatment programs to increase work against meth. But they said grassroots events and outreach will have the greatest impact. 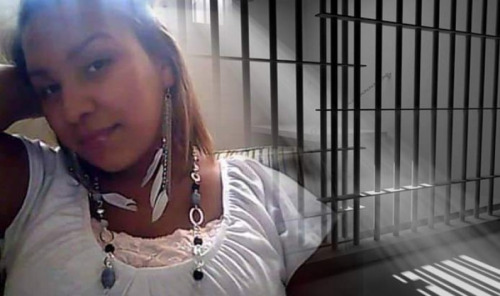 After over a month of investigation, Attorney General announced Thursday that Sarah Lee Circle Bear died of a meth overdose.

The 24-year-old Lakota woman from Claremont, died while in Brown County Jail, the afternoon of July 5, some 52 or so hours after being arrested.

The attorney general’s office explains the death was due to acute methamphetamine/amphetamine toxicity.

As the state’s investigation now turns to the source of the meth, a timeline is becoming clear that limits when Circle Bear could have been in possession of the drug.

Circle Bear was initially taken into custody July 3 by the South Dakota Highway Patrol after being involved in a traffic accident in Roberts County around 7 or 8 a.m., said Sara Rabern, spokeswoman for the attorney general’s office.

Wayne Pahl was also in the vehicle with Circle Bear during the accident, Rabern said. Both taken to the Roberts County Jail.

At the Roberts County Jail, it was discovered that Circle Bear was wanted in Brown County for a bond violation. She spent most of July 3, a Friday, in the jail until she was taken to the Brown County Jail, Rabern said.

Generally, when an inmate goes through the intake process at the Brown County Jail, he or she is required to undergo a health screening. Staffers ask the inmate a series of medical questions, including about the use or ingestion of any drugs or alcohol.

Authorities have not said if Circle Bear was intoxicated or on drugs when she was booked into Brown County Jail.

On July 5, Circle Bear was found in a holding cell unconscious and unresponsive and taken to Avera St. Luke’s Hospital, where she was declared dead by a doctor.

From the time Circle Bear was arrested in Roberts County until the time of her death, she was in custody.

Circle Bear’s family questions the circumstances of her death.

It is unknown as to how the toxic and deadly levels of methamphetamine (meth) found a way into Circle Bear’s bloodstream, and her father, Terrence Circle Bear, has his doubts about the cause of death.

“How did she get that much meth?” Terrence Circle Bear said by phone Friday.

Circle Bear said another daughter, Adrienne Yancey, is in possession of the jumpsuit Sarah Circle Bear was wearing at the time of her death.

“It had blood on it,” Terrence Circle Bear said. “How do you explain that from a meth overdose?

Circle Bear’s family said that she was pregnant at the time of her death. But, evidence of a pregnancy was unfounded during the autopsy.

The autopsy also showed no indication that Circle Bear had, for example, swallowed a plastic bag that contained meth.

Brown County Sheriff Mark Milbrandt declined to comment until an ongoing state investigation into the source of the meth is finished.

Brown County coroner Mike Carlsen told the Associated Press that Circle Bear had sustained minor injuries from a car crash sometime prior to her death.

A witnesses said that when Circle Bear was transferred to the holding cell, she told guards that she was in excruciating pain. Jail personnel reportedly told her to “quit faking” and “knock it off” before lifting her partway off the floor and dragging her to the cell where she was later found unconscious.

Circle Bear’s death is making the rounds in some online media as a parallel to the Sandra Bland case in Texas.

The death of Bland, an African American woman who died in a jail cell on July 13 , has the nation abuzz about the ongoing saga of police brutality against people of color, and this time, it is becoming even more apparent just how poorly women of color are treated.

Even if the death of Circle Bear, is what the autopsy report says it is, why did Brown County Jail officials not see signs of drug use and an overdose reaction coming? 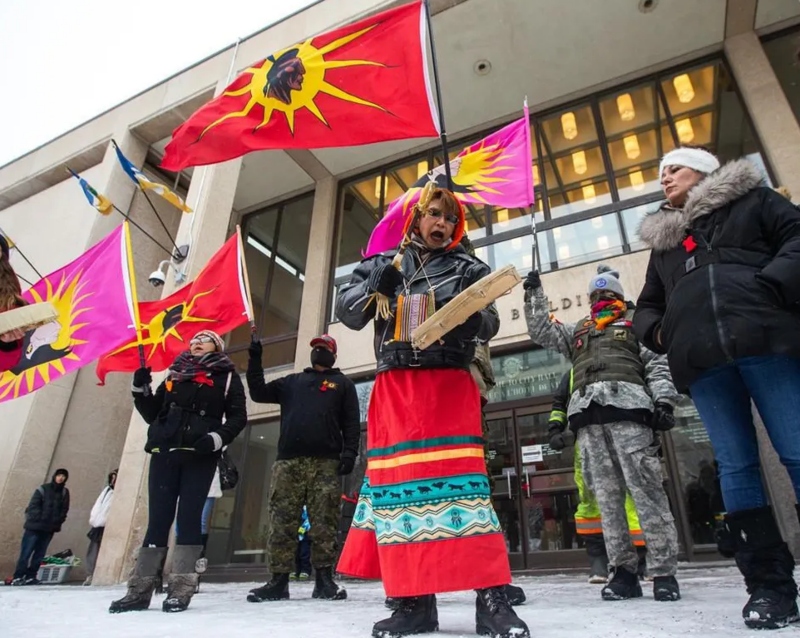 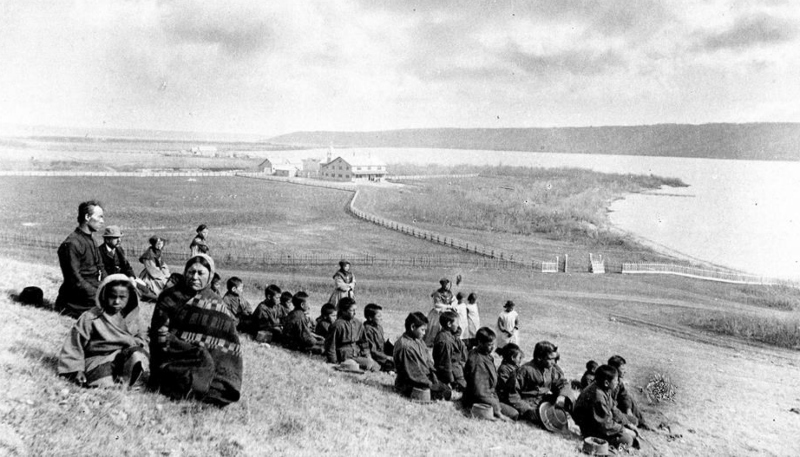 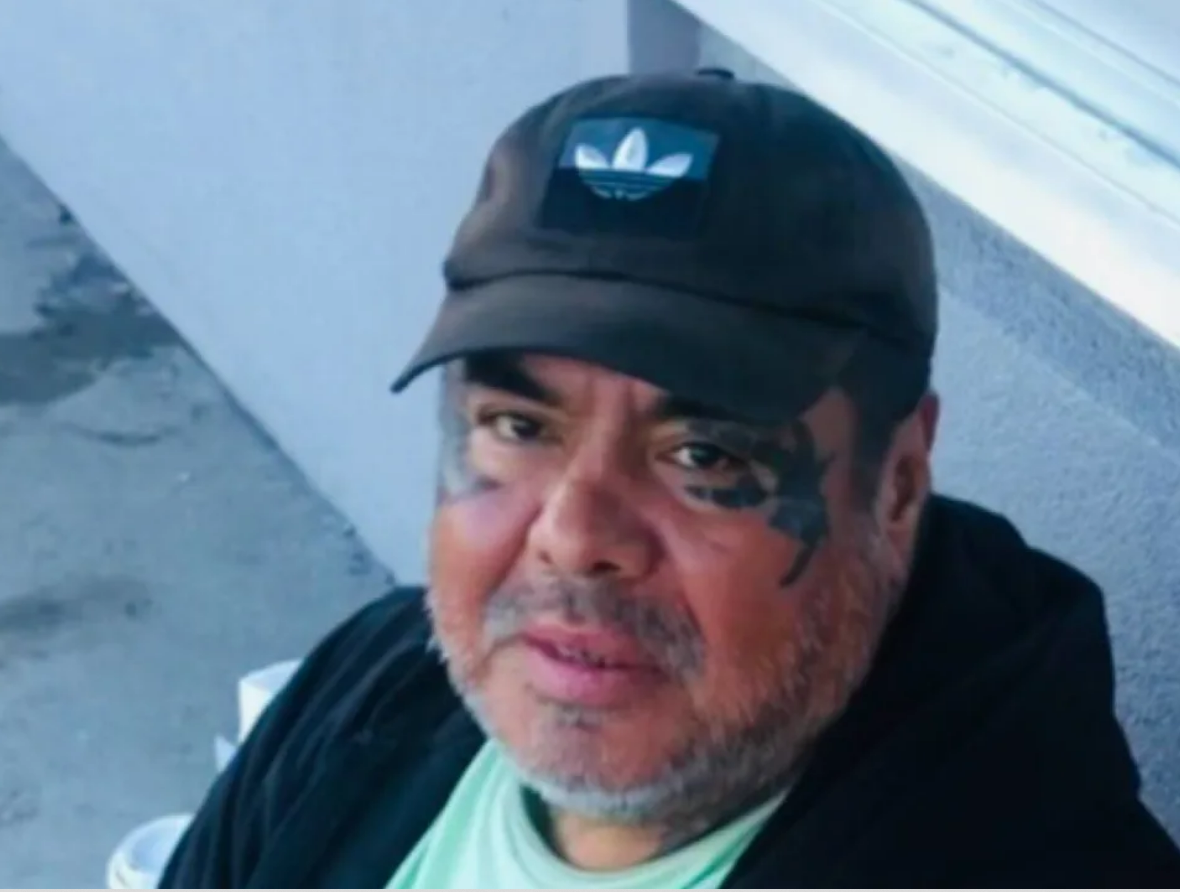 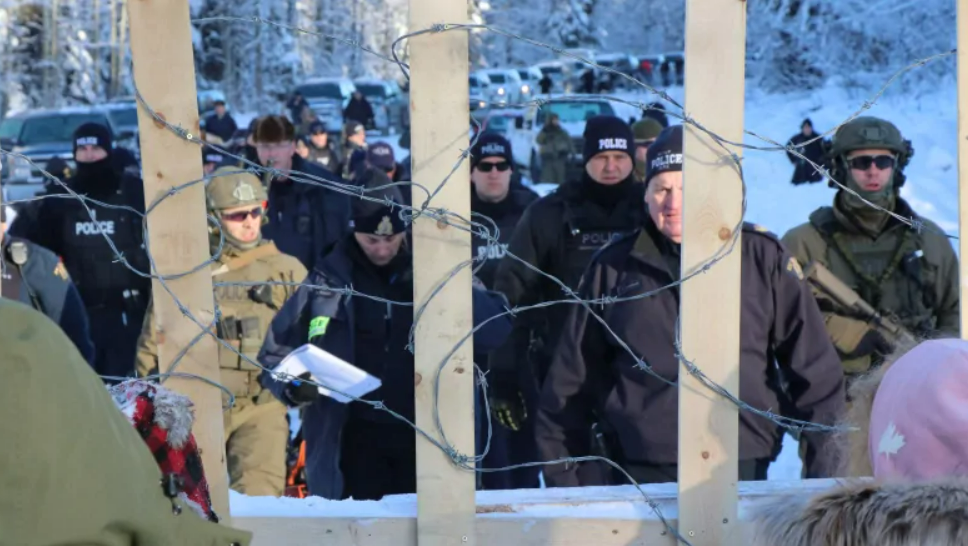