A blockade in Kahnawake, south of Montreal, in solidarity with Wet’suwet’en hereditary chiefs attempting to halt construction of a natural gas pipeline on their traditional territories has been in place in since Feb. 10, 2020. (Photo source: Graham Hughes/The Canadian Press)

As demonstrations continue across Canada in support of Wet’suwet’en hereditary chiefs opposing a pipeline through their territory, legal experts suggest it’s time to reconsider how injunctions are employed when responding to Indigenous-led protests.

The protests began earlier this month when the RCMP moved into Wet’suwet’en territory to enforce a court injunction against opponents of Coastal GasLink’s natural gas pipeline development in northern British Columbia. A group of hereditary chiefs rejected the court’s decision on the company’s application, saying it contradicted Wet’suwet’en law.

As solidarity protests popped up on railways and roads across the country, other companies sought their own injunctions to remove the blockades, arguing the demonstrations were causing harm to business and to the Canadian economy.

St. John’s-based lawyer Mark Gruchy, who represents clients charged with breaching an injunction while protesting at the Muskrat Falls hydro site in Labrador in 2016, said Indigenous resistance to resource development is too complex an issue to be addressed through injunctions in their current form.

“It’s frustrating for me as a lawyer to watch, but I think there’s a relatively straightforward way to really take the edge off and to change the future,” Gruchy said from Happy Valley-Goose Bay, where five of his clients had just been cleared of criminal charges related to the Muskrat Falls protest. Several other people still face trials or sentencing after being charged for the same incident.

Gruchy said the concerns raised in his clients’ case will continue to surface across Canada unless politicians work to “modify the tool” being used to resolve such resource and land disputes.

As an example, he proposed that in cases related to an Indigenous-led protest, injunctions could be structured to allow for mediated consultation instead of a heavy-handed order for the protest to stop.

“This issue, really, is a very sharp collision of a major political, social issue with the legal system, and I think that politicians should do their best to … blunt the impact of that,” he said. The current situation is “not good for … the long term health of our legal system,” he added.

John Borrows, who holds the Canada Research Chair in Indigenous Law at the University of Victoria, said there is a precedent of a legislative solution being employed when injunctions were causing disruption.

In the mid-20th century, the widespread use of injunctions by employers against striking workers was leading to increasingly volatile disputes in British Columbia. The provincial government eventually adjusted labour legislation to outline required negotiation practices in disputes.

“It seems to have created some safety valves or more productive ways of talking through what the dispute is, and so I always wonder whether or not what we learned in other contexts could be applied in this context,” Borrows said.

He said injunctions preserve the status quo, because aboriginal title issues do not need to be considered. That causes complications when complex title and governance issues are at stake, as in the Wet’suwet’en case.

B.C. Supreme Court Justice Marguerite Church acknowledged the difficulty of addressing underlying Indigenous law issues in her decision on Coastal GasLink’s injunction application, writing “this is not the venue for that analysis, and those are issues that must be determined at trial.”

Others have said the legal tests applied when considering an injunction request favour corporations, because financial losses are more easily demonstrated than environmental or cultural ones.

Irina Ceric, a lawyer and criminology instructor at British Columbia’s Kwantlen Polytechnic University who worked on the study, said the use of injunctions to dispel protests has been on the rise in Canada. But the last three weeks have been “off the charts,” she said, with 12 granted since protests began — more than half of them to the CP and CN railways.

She said the recently granted injunctions raise questions, because in some cases the evidence used in the applications has not been made public, and in other cases it’s unclear why mischief laws would not have sufficed.

“I don’t know if this is the intent, but what it does is that it gives the corporations that are impacted by these blockades the power to call the shots in terms of protest policing, which I think is really problematic,” she said.

Ceric said that rather than waiting for the provinces to introduce legislation, it may take a Supreme Court of Canada challenge to change how injunctions are applied in response to Indigenous protests.

Shiri Pasternak, a criminology professor at Ryerson University and research director of the Yellowhead Institute, said legislators appear to be responding to recent events with more extreme measures rather than reconsidering how injunctions are used.

She pointed to a law introduced in Alberta this week that would heavily fine people who block roads and rail lines and said the recent proliferation of injunctions speaks to their function as a last resort for companies when negotiations with Indigenous leaders break down.

“It’s just proving how instrumental this tool is for removing people from their land,” she said.

Genocide is an emotive and powerful accusation to make against anyone but it is exactly what some indigenous leaders in Brazil say is happening to their people because of their government’s ignorance, if not its compliance.

For the past week hundreds of members of the Guarani-Kaiowa tribe have been mourning the death of a 24-year-old man, Semiao Vilhalva. He was killed – shot in the face – during an invasion, or re-occupation, of three farms in the western state of Matto Grosso do Sul.

I looked on as elderly members of the tribe chanted tributes in their native tongue and led mourners across fields they say have belonged to their people for centuries – long before their present white so-called owners arrived, cut down the trees and populated the area with cattle.

Semiao was buried on this land, now occupied by the Guarani but also claimed as legally theirs by several influential and powerful farming families here in the state of Matto Grosso do Sul.

Guarani men showed me the very spot, on the bank of a small river, where Semiao was shot and died. The gunman, say my guides, was a hired “pistoleiro” brought in by the farmers to intimidate and scare off the Guarani.

But, if anything, the murder of their young leader has made these indigenous people even more resolute to remain.

“This is a deliberate policy of genocide. It’s a long legal process designed to kill our people, slowly but surely,” says Guarani elder Tunico Benites.

He goes on: “Our rights are being violated and we don’t have even the basic conditions to survive. So we have no choice but to occupy, to retake our lands – otherwise we can’t survive as a people.”

One of those farmers whose land is claimed by the Guarani, under a legal ruling dating back to 2005, is Roseli Ruiz. She is also the chairwoman of the local farmers’ syndicate, or union, and is completely mistrustful of the way the dispute has been reported in the international media.

In her office in the rural town of Antonio Joao, Roseli Ruiz dismisses any suggestion that farmers had a hand in the death of Semiao.

Arguing that that there was no obvious gunshot wound on his body (in contrast to a video I was shown which suggested otherwise) the combative Ms Ruiz offered an explanation that the Indians themselves brought someone who had died earlier, and presented it as a murder, just to discredit the farmers and advance their claims to the land.

Roseli Ruiz paints a picture of a hitherto mutually beneficial relationship between indigenous and farmer.

“I was known as Roseli of the Indians,” she cries. “I took them to hospital if they were ill and even built them a school.”

It was a relationship that, according to Roseli, only started to deteriorate when the Guarani began to pursue claims to the land – claims which she insists are baseless.

Ranchers have long been part of Brazil’s drive for development – deep into the interior of the country and into conflict with indigenous people.

While some farmers have taken their cattle and moved on from the disputed land, others are refusing to move.

Gino Ferreira, like many farmers, has legal titles to his fazenda – or farm. He blames the government for doing nothing while an inevitable conflict loomed.

“This is my family’s land,” says Gino. “If the Indians arrive and take it over what do you think I’m going to do? Lose all I’ve worked for?”

He too, dismisses any allegations that farmers had a hand in the death of the Guarani leader, Semiao.

“We’re not bandits and we don’t hire gunmen,” says the 50-year-old farmer.

He goes on, “There are political reasons why they to try and make us look bad but none of it is true.”

But the Guarani’s reputation for dogged determination and their struggle has attracted attention beyond this rugged border region between Brazil and Paraguay.

Survival International, one of several pressure groups to criticise the hitherto unexplained death of the tribe’s leader said, “What is particularly harrowing about this murder is that the Guarani knew their reoccupation was likely to end in bloodshed.”

The mood among the Guarani is militant. As other Brazilians this week celebrated their independence day, the land’s original inhabitants mourned what they had lost.

For now the Brazilian army is doing a good job of keeping the two sides apart – preventing new land invasions and more retribution.

Occupying these 10,000 hectares the Guarani may have succeeded in recovering some of what was historically theirs.

But it has come at a high price and their lives are still burdened by poverty and discrimination.

Inquests to be held into Saskatchewan stabbings, death of suspect in custody 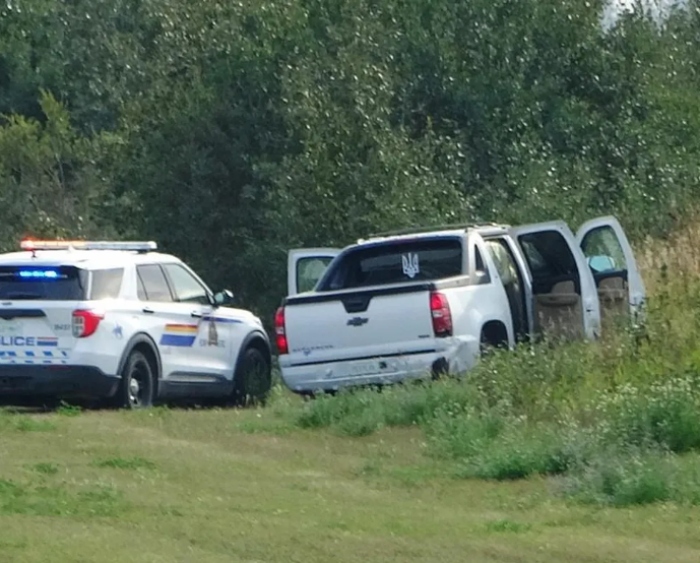