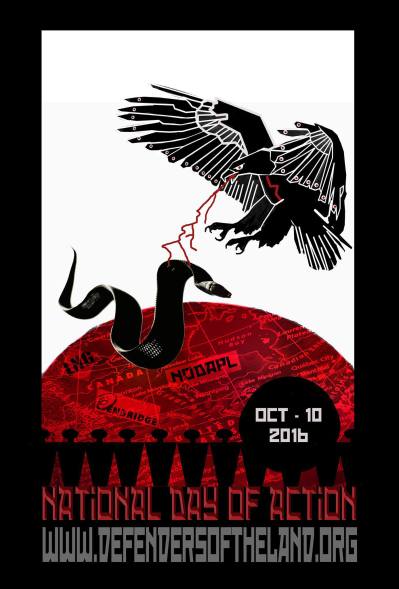 Justin Trudeau. It is time for DEEDS, Not WORDS, that truly respect Indigenous Rights.

First Nations in Canada are waking up to the reality that the Trudeau government has a big smiley face for a front man, but when it comes to business, nothing has changed. This government approved the Site C mega-Dam in Treaty 8 (BC Peace River region), against the objection of First Nations whose lands will be devastated by flooding, destroying access to their food, medicines, and sacred sites. Just this week, they approved the dangerous and climate-destroying Lelu Island Liquid Natural Gas plant against the wishes of local First Nations. Now under review in Alberta by a system that has never denied a tar sands mine is the Teck Frontier tar sands mine, which would be the largest ever. The federal government, which campaigned on implementing the UN Declaration on the Rights of Indigenous Peoples, has since informed chiefs from across Canada that adopting UNDRIP is unworkable. Now they have backtracked on their obligations under the Paris climate accords, too.

It is already clear what needs to be done. Canada needs a leader with political integrity and courage to do it. We demand that the Trudeau government to take credible action to:

Accordingly, this Thanksgiving, Indigenous communities and supporters will be conducting actions, holding ceremonies, and gatherings across Canada to protect land and water and to demand the Trudeau government stop pretending, and start acting like it respects our rights. It is high time for deeds, not words. We ask First Nations and allies on both sides of the medicine line, on the land or in cities, to respond to this call by undertaking action, in accordance with their own capacities, responsibilities, and their protocols.

To join us please email indigenousdayofaction@gmail.com.

On matters of substance, this government is pursuing the same assimilation agenda as previous governments. There has been no change to the disastrous comprehensive claims policy. 150 years of Canada trying to terminate and extinguish Indians has not worked. We are still here and we will still be here hundreds of years from now. Until Canada reckons with, recognizes, and respects Indigenous Peoples’ rights and title, and make legitimate redress for past wrongs, there will be no lasting peace.

This government has still not committed to a plan to undo the deliberate cultural genocide that targeted Indigenous languages and traditions. No serious commitment to Indigenous language revitalization has been put forth. The important recommendations of the Truth and Reconciliation Commission and the Royal Commission on Aboriginal Peoples have been ignored.

Optimists believed this government would deliver more money for programs and services. Yet the much vaunted spending announcements of this government will not kick in for years, and will still leave First Nations gasping, at poverty-level funding below funding for the average Canadian, after decades of an arbitrary 2% funding cap that has scrimped First Nations into a $60 billion funding gap. The lack of clean water, safe housing, and adequate education, coupled with abusive government and failure to redress the legacy of cultural genocide, have produced a profound mental health and suicide epidemic in many communities.

In the face of government indifference or hostility, Indigenous Peoples across Canada and the United States have had to protect their waters and lands from abusive development that violates their duties to protect the land: from hydro dams at Site C in British Columbia, Keeyask in Manitoba, and Muskrat Dam in Labrador, Newfoundland, to Mi’kmaq people and their allies in Stop Alton Gas protecting the waters of the Sipekne’katik district of the Mi’kmaq Nation; the Algonquins of Barriere Lake in their decades long struggle for their rights against government abuse, now fighting a Copper One mine being developed on their territory without consent; Neskantaga First Nation, trying to stop Noront’s Ring of Fire drilling on its land; and Indigenous peoples and allies fighting toxic, reckless pipeline and oil development in places like Aamjiwnaang, Kanehsatake, Unist’ot’en, Tsleil-Waututh, Secwepemc territory, and Standing Rock, North Dakota. For legitimate defense of their rights, many Indigenous land and water protectors are criminalized or targeted with legal harassment and intimidation by big corporations, like Vanessa Gray of Aamjiwnaang, currently facing expensive court proceedings.

As part of this day of action, we call on Canada to take seriously its obligations under international law, the Canadian constitution, and the principles of justice, and once and for all reconcile itself to our continued existence on this land as Indigenous Peoples. The government has ignored the excellent recommendations of Commission after Commission. Will it ignore the recommendations of the Murdered and Missing Women and Girl’s Inquiry too? Now is the time for Deeds, not Words.

We will be adding local events on our website. Check here to see if something is happening around you: http://www.idlenomore.ca/events & http://www.defendersoftheland.org/story/325. 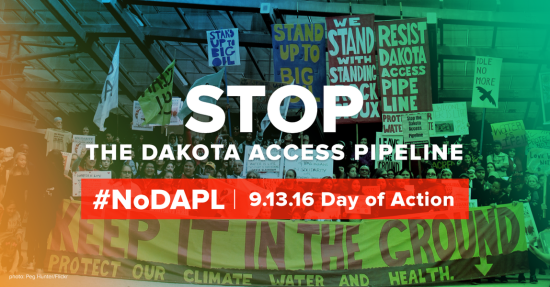 Be part of a national day of action against the Dakota Access Pipeline on Tuesday, September 13! Find an event near you, or sign up to host an action in solidarity with the indigenous communities and local farmers and landowners fighting on the front lines.

Right now, we’re witnessing one of the most courageous stands against a fossil fuel project this country has ever seen. The movement to stop the Dakota Access Pipeline is growing stronger by the day, and it’s time for all of us to rise up and play a role in this fight – no matter where we live.

For tips and tools on hosting an event — click here.

If built, Dakota Access would carry toxic fracked oil from North Dakota across four states and under the Missouri River, immediately upstream from the Standing Rock Sioux Nation. That makes it a threat to the sacred land and water of Native communities and a disaster for the climate.

Thousands of Indigenous activists have set up prayer camps along the pipeline route in a historic moment of nonviolent resistance. They’re fighting with everything they have to protect their water, the land, their history, and the climate — and we need to fight with them.

To defeat a pipeline, it takes a movement of people from all corners of the nation. That’s why on Tuesday, September 13, people around the country are taking part in a day of action in solidarity with Standing Rock calling on President Obama to instruct the Army Corps of Engineers to revoke the permits for this dirty oil pipeline.

Here are more ways to support activists on the front lines: 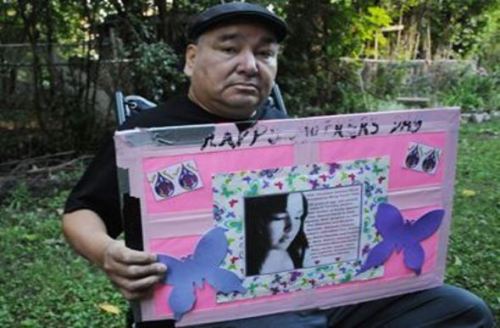 Peterborough This Week, By Lance Anderson

PETERBOROUGH — John Fox is trying to rally together as many supporters from the Peterborough area he can for a day of action event in Toronto in May.

Mr. Fox, of Curve Lake, the father of the late Cheyenne Fox who died in Toronto in 2013, wants people to gather to shed light on missing and murdered aboriginal women.

“There are too many women getting killed out there and the government is not doing anything,” says Mr. Fox.

He believes his daughter Cheyenne, 20, was such a victim. Although Toronto police deemed her fall from a Toronto condominium building as suicide, he believes there is much more to the story.

He has filed a $14-million lawsuit against the Toronto Police Service and has been dogged in his resolve to get justice for his daughter. He believes Cheyenne was murdered. He also believes his daughter’s death might be connected to an alleged rape that occurred nine months prior.

Mr. Fox has also filed a $1-million lawsuit against Andhuyaun Inc. and a man he believes committed the sexual assault which led to post-traumatic psychological and physical harm. Mr. Fox also alleges Andhuyaun Inc. was reckless in the management of a Toronto women’s shelter where Ms Fox lived.

All allegations have not been proven in court.

“I’m not concerned about the money, but there was an injustice here in the way our family was treated,” says Mr. Fox.

To take it a step further, Mr. Fox even asked the Office of the Chief Coroner to conduct an inquest into Cheyenne’s death. However, last summer, that request was denied based on evidence obtained during the police investigation.

Mr. Fox is now considering appealing the Office of the Chief Coroner’s decision.

“I’m ready for that now. I think the public needs to know,” says Mr. Fox.

In the meantime, Mr. Fox wants to be a champion for the many missing and murdered aboriginal women and children.

He is encouraging people to join him at Allan Gardens in Toronto on May 23 starting with a sunrise ceremony at 7 a.m. At 10 a.m. a sharing circle will be held for people to talk about their loved ones followed by a series of speakers discussing their individual stories at noon.

Mr. Fox says they have chosen Allan Gardens as the place to meet because of the many women who have died there.

If interested in joining Mr. Fox and other supporters on May 23, contact him at johnwikyfox@gmail.com or visit the Day Of Action-MMIWG, Child and Men Facebook page.

— with files from Todd Vandonk 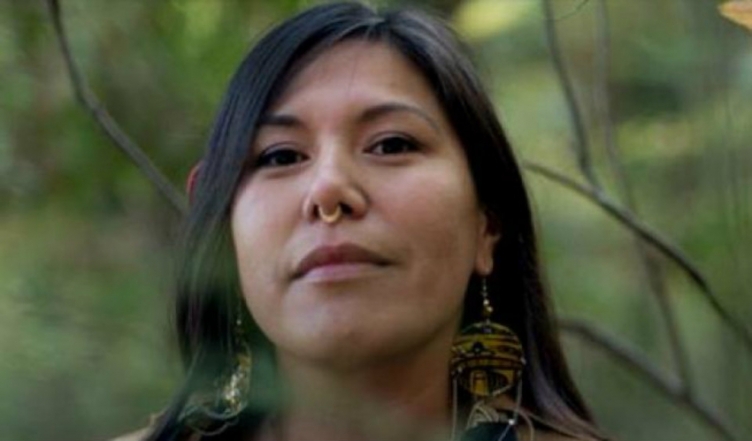 By DIRK MEISSNER | THE CANADIAN PRESS

VICTORIA – The open-pit, gold-and-copper mine hit by a devastating tailings pond breach that caused an environmental disaster in central British Columbia could be operating safely and near full capacity within months, the company has announced.

Steve Robertson, vice-president of corporate affairs at Imperial Metals Corp., (TSE-Ill), said Wednesday that more than 50 per cent of Mount Polley’s 370 employees would be back at work if the Vancouver-based company is granted a permit to restart operations.

“If we get a permit approving the restart of the mine in June, it’s going to take a few weeks, but within a few weeks we would be able to be up and running,” he said. “What we’re proposing is a modified restart.”

Robertson said the startup phase would not be full speed.

He said 276 people were employed doing restoration in March, but those numbers are fluctuating.

Environmental and aboriginal groups say they will oppose any decision that allows Mount Polley, blamed for spilling 24-million cubic metres of silt and water into nearby lakes and rivers last August, to resume operations.

“We don’t want it to reopen,” said Kanahus Manuel, a spokeswoman for the Williams Lake area Secwepemc Women Warriors Society.

“What I know for a fact is a small group of people can do a lot. We have these small pockets of people everywhere, and together we make up hundreds of thousands of people who are opposed to mining and destruction of our territory.”

The warriors’ society was part of protests at the Toronto Stock Exchange, B.C. government offices, the Canadian consulate in Los Angeles and Portland State University in Oregon.

“When it comes down to it we are talking about clean water,” said Manuel. “That tailings pond will be forever. That destruction that they did there and all those tailings they are not cleaning up will be there forever.”

A 30-day public comment period on Mount Polley’s application to reopen ends May 2.

An independent, government-ordered report concluded earlier this year the construction of Mount Polley’s tailings pond on top of a sloped glacial lake weakened the foundation of the dam and was akin to loading a gun and then pulling the trigger.

It said the spill was caused by an inadequately designed dam that didn’t account for drainage and erosion failures associated with glacial till beneath the pond.

Bennett said he is deeply aware of the environmental, economic and social concerns associated with the mine-permit decision.

“There are a lot of families up there worried about their jobs,” he said. “You get pulled in both directions. I want to make sure it’s done absolutely flawlessly from a policy point of view. I also want to see those families working.” 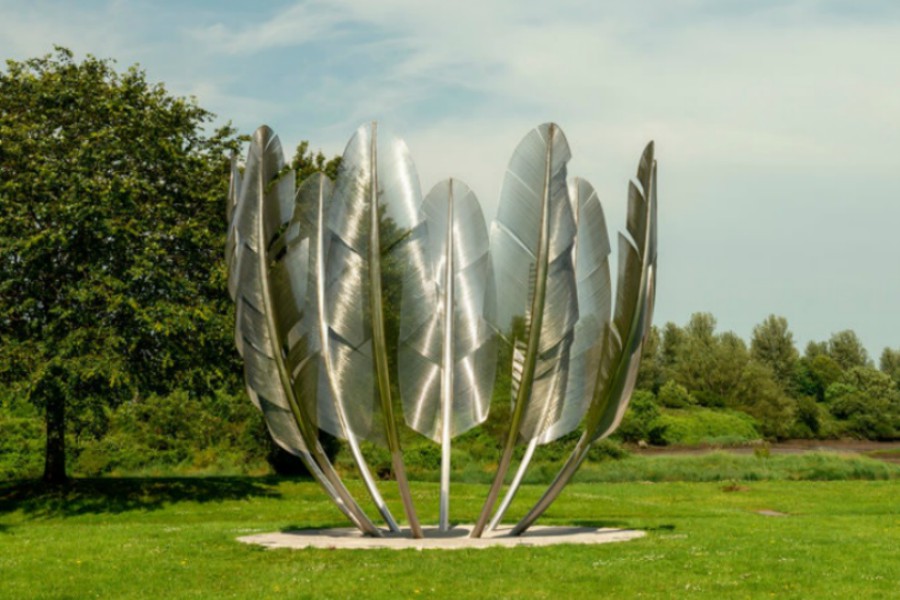 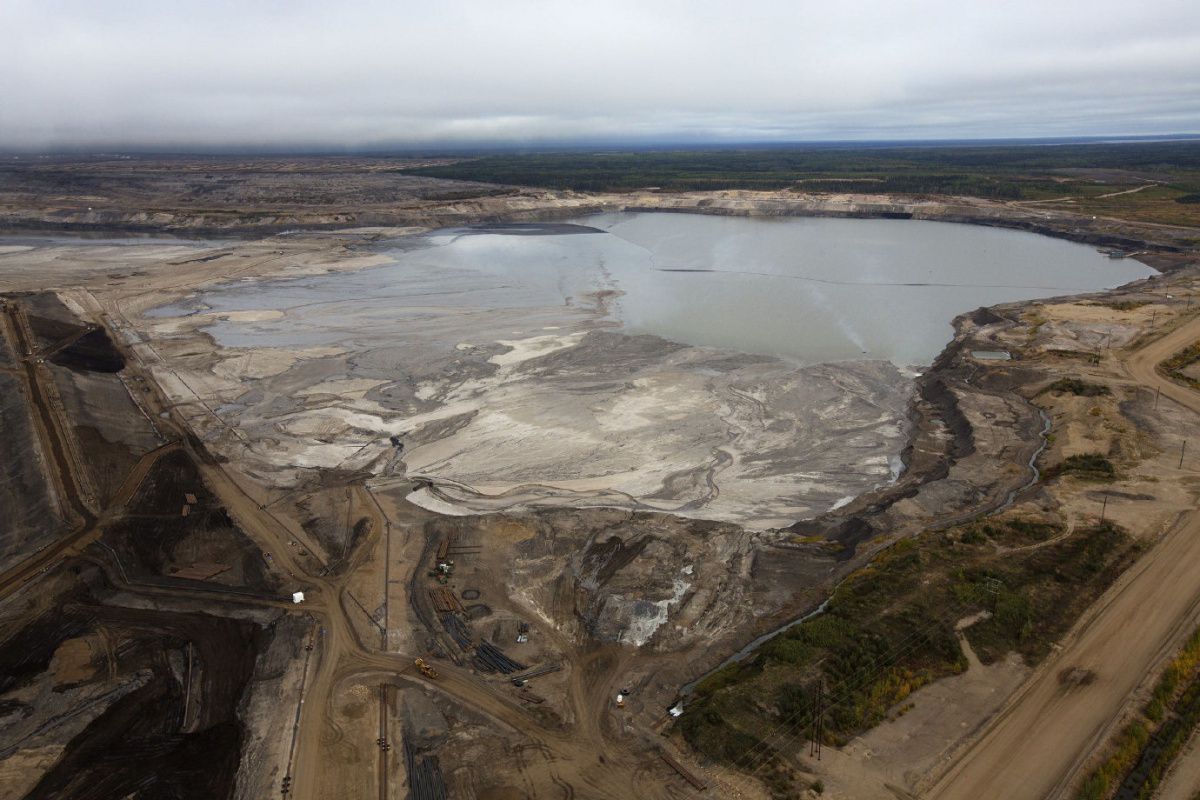 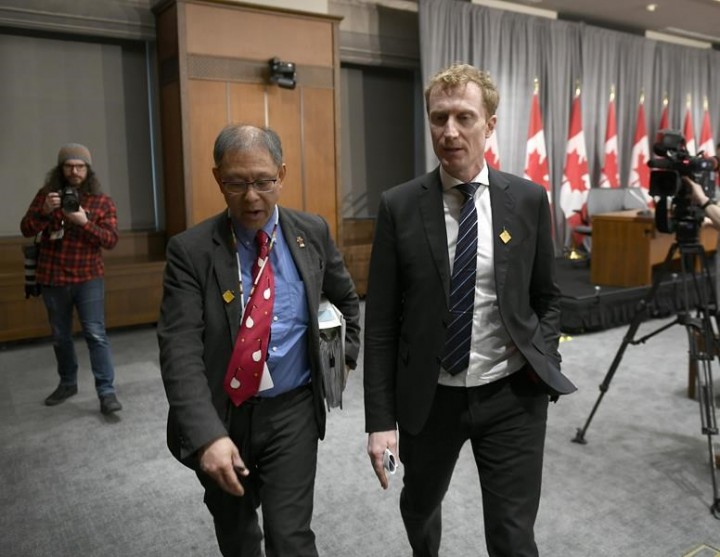 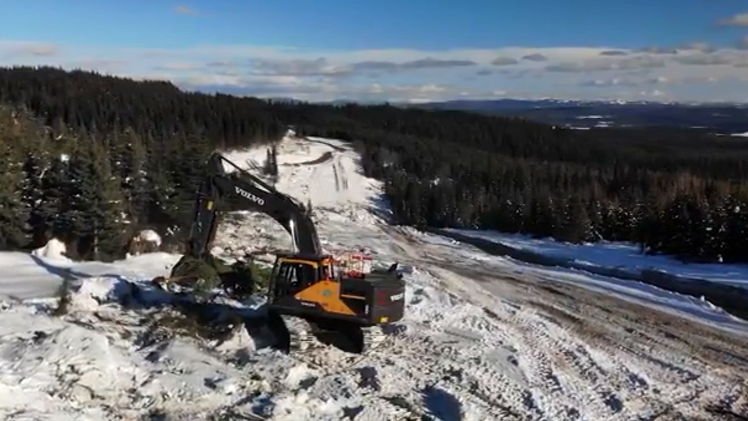 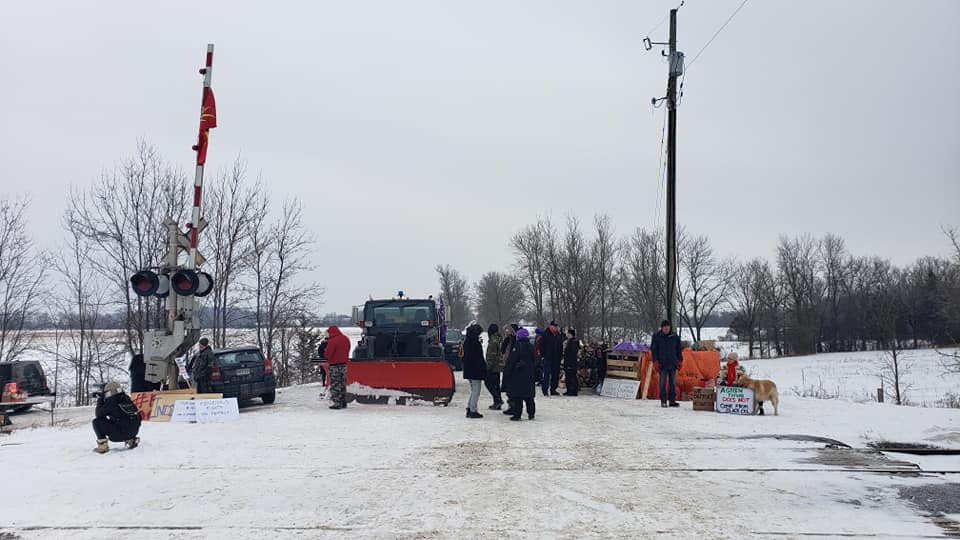 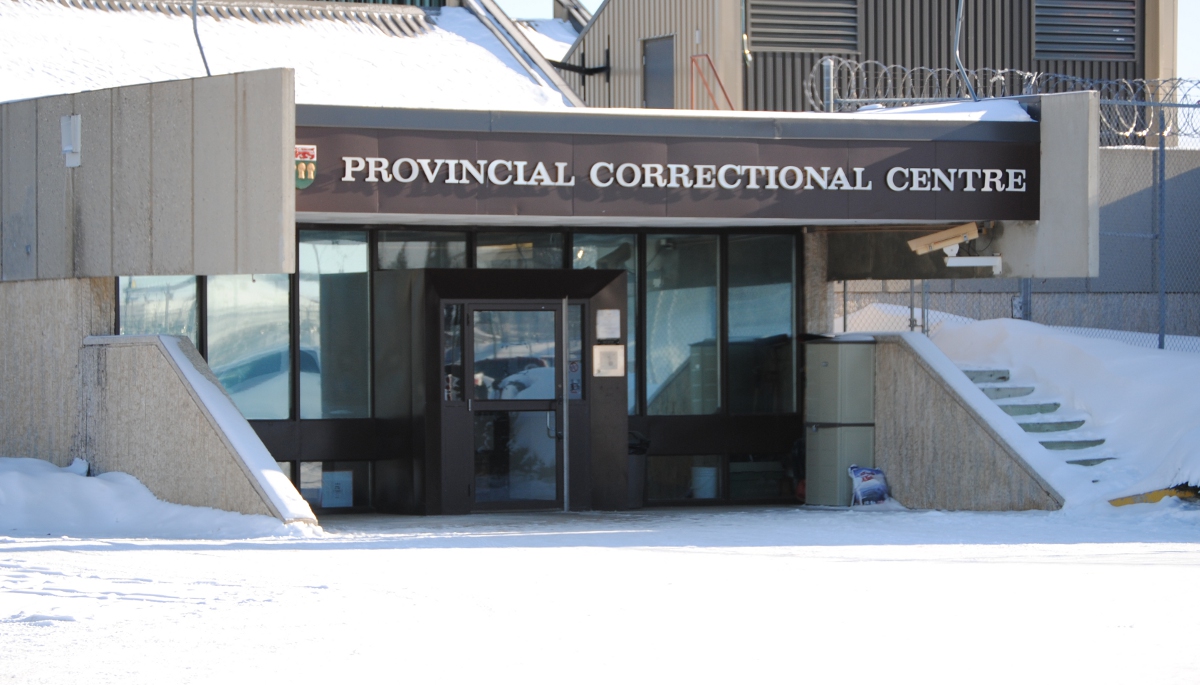