Ottawa police Const. Daniel Montsion is facing charges of manslaughter, aggravated assault and assault with a weapon in the July 2016 death of Abdirahman Abdi. Sources tell CBC News he was wearing a pair of Oakley Standard Issue ‘assault gloves’ at the time of the attempted arrest.

Members of a community-police advisory board say they have concerns about the use of reinforced gloves by officers in the Ottawa Police Service following the death of a man last year in an altercation that led to charges against a constable.

Const. Daniel Montsion is facing charges of manslaughter, aggravated assault and assault with a weapon, which were laid last week by Ontario’s police watchdog, the Special Investigations Unit.

The charges relate to Montsion’s involvement in a confrontation with a Somali-Canadian man, Abdirahman Abdi, on July 24, 2016.

On cellphone video footage taken that day just minutes after the confrontation, Montsion is wearing what looks to be a set of Oakley Standard Issue “assault gloves.” The gloves feature a thick piece of carbon fibre over the knuckles, among other modifications.

The 37-year-old Abdi lost vital signs during the confrontation and was pronounced dead the next day.

Abdirahman Abdi, 37, lost vital signs during a confrontation with Ottawa police on July 24 and was officially pronounced dead the following day. (Abdi family)

Questions about if and why gloves were issued

According to a police source, Montsion was issued the reinforced gloves in his role as a member of the direct action response team, or DART, which monitors street gang activity for the guns and gangs unit.

Ketcia Peters, a member of the Community and Police Action Committee (COMPAC) said she will be raising the issue of the gloves at the next meeting on April 13.

“My main question is: was this a service-issued assault glove?” Peters said.

“We need to understand why this officer, or even the DART unit, are being issued those types of equipment for work.

It’s an assault glove … So, it’s a bit troublesome. [DART] is supposed to be an outreach team, so I don’t really understand the use of those types of weapons — or equipment — for work.” 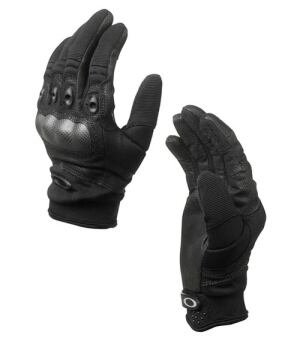 It’s an assault glove … So, it’s a bit troublesome. [DART] is supposed to be an outreach team, so I don’t really understand the use of those types of weapons — or equipment — for work.”

Peters said she would like see the Ottawa Police Service put a greater emphasis on community policing and take a more proactive approach to dealing with vulnerable members of the public.

Abdi’s family and friends said he suffered from unspecified mental health issues, something they tried to communicate during his arrest.

“We’re really advocating for the police to have a certain mentality and mind-set …[and] to learn how to communicate better with the community when they’re interacting with them.” 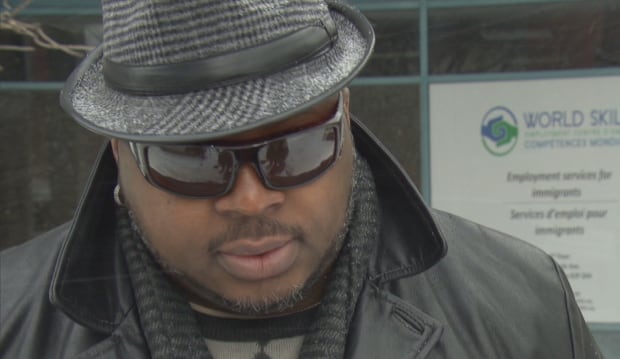 COMPAC member César Ndéma-Moussa said there needs to be a clear protocol around the use of assault gloves. (CBC)

COMPAC member César Ndéma-Moussa — who worked as a bodyguard for more than a decade — said he is familiar with the gloves.

“It hasn’t been discussed within the circle of COMPAC, but I had personal knowledge of them.”

Ottawa police CFO Jeff Letourneau sent a letter to Ottawa police inspectors Monday afternoon, advising them that police Chief Charles Bordeleau wants an audit of all gloves issued to officers for on-duty use.

Ndéma-Moussa said he believes this is the right thing to do.

Ndéma-Moussa also said he’d like to get clarity on when and how such gloves are used. “We’ve got to ask the questions about proper training and proper protocol.”

The Ministry of Community Safety and Correctional Services said Tuesday that protective equipment including gloves, helmets and vests are not classified as weapons and, therefore, don’t need to be approved.

A ministry spokesperson said the Ontario Police College — which is responsible for the basic training of all police in Ontario — does not teach use-of-force techniques related to gloves, including assault gloves.