A Native American protester holds up his arms as he and other protesters are threatened by private security guards and guard dogs, at a work site for the Dakota Access Pipeline (DAPL) oil pipeline, near Cannonball, North Dakota, September 3, 2016. / AFP PHOTO / Robyn BECKROBYN BECK/AFP/Getty Images ROBYN BECK / AFP – Getty Images

“This demolition is devastating,” Archambault said. “These grounds are the resting places of our ancestors. The ancient cairns and stone prayer rings there cannot be replaced. In one day, our sacred land has been turned into hollow ground.”

“Any suggestion that today’s event was a peaceful protest, is false,” his statement said. 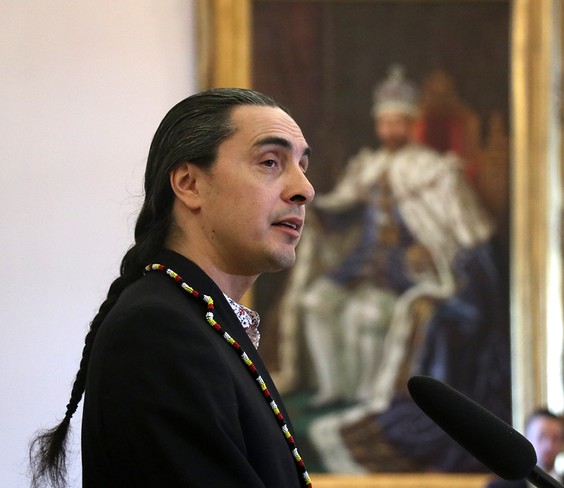