My three children are Oglala Lakota. They grew up here on the Pine Ridge Reservation. If they hadn’t, maybe they wouldn’t have known about the 1890 massacre at Wounded Knee. That’s because Wounded Knee, the most famous catastrophe in Native history, is rarely taught in U.S. schools. Sometimes I wonder if Americans know more about what’s happening in Hollywood than they do about what happened right here in South Dakota.

Our little house was two miles from the spot where Chief Big Foot and his band of 300 followers were captured by the U.S. Army and herded into nearby Wounded Knee. It was late December 1890 and the temperature was below zero. Big Foot was supposed to be leading his people to safety, but he had TB and was coughing blood in the snow. He had to be transported by travois. That slowed the caravan that was fleeing the soldiers. They were refugees on their own land, and Wounded Knee would be their final stop.

Eighty-three years later, in the winter of 1973, over 200 Lakotas and members of the American Indian Movement (AIM) seized the village of Wounded Knee to demand human and treaty rights. Hundreds of federal agents and U.S. soldiers surrounded the little village, armored personnel carriers patrolled the perimeter and fighter jets swooped overhead. For 71 days, our government carried out military operations against Indian people.

The takeover electrified Indian Country and caught the attention of the world.

Bury My Heart at Wounded Knee had just come out. Soon, copies of the book were flying off the shelves. Indian and non-Indian people from across the country mobilized to support the action. I was a teenager then. I followed my activist parents to Wounded Knee. It changed our lives forever.

It’s hard to describe the horrific memories of 1890 that were still fresh in 1973. In those days, you could talk to Lakota elders who were just one generation removed from the “Indian wars,” when our government paid a bounty for the scalp of a “redskin.” So with all the publicity surrounding the Wounded Knee occupation, we thought the dirty little secret of American genocide was finally out of the bag. After that, we had hoped that school children would be learning about the dark side of Manifest Destiny. Especially the toll it took on Indian people.

But that didn’t happen.

It’s true that the 71-day occupation of Wounded Knee — probably the longest civil disorder in U.S. history since the Civil War — brought national attention to the oppression of Indian people. And it’s true that it pumped new energy and leadership into the tribal sovereignty movement. All that resulted in sweeping changes in federal Indian policy: the Indian Self-Determination Act, the Indian Child Welfare Act, and the Indian Freedom of Religion Act, the Indian Higher Education Act. And even the Indian Gaming Regulatory Act.

Wounded Knee 1973 did not end the oppression, but it strengthened our will to resist it.

Regrettably, the U.S. government never has apologized for the massacre of those 300 civilians in 1890. Nor has the Pentagon recalled the more than 20 Congressional Medals of Honor awarded to the soldiers who participated.

But the Wounded Knee occupation inspired a national movement, one that is still growing today. Just last Sunday, 5,000 people in Minnesota protested the racist name of the NFL football team from Washington D.C.. Another example can be found in the grassroots movement of Lakotas who today are trying to stop the Keystone XL pipeline from crossing Native Lands. There are many other examples.

Three weeks into the 1973 occupation, the U.S. Justice Department barred the media from entering Wounded Knee to interview the occupiers. Suddenly, there were no journalists to provide a record — except from the government side. Because of the blackout, academics, pundits and federal agents today still argue about the truth of what happened in 1973 inside Wounded Knee. And more than 40 years later, some critics still belittle or try to negate the gains of the Indian movement. And no professional — someone trained to report conflict and to comment on history — has managed to give us an inside, eyewitness account.

In 1973 Kevin McKiernan was a young NPR reporter who didn’t think the media should be embedded on one side. He defied the news embargo, walked 10 miles overland at night, penetrated the cordon of agents and soldiers around Wounded Knee and made his way into the village. He stayed until the end, smuggling out reports and film. McKiernan went on to cover wars in Central America and, more recently, in Iraq, Afghanistan and Syria. Now he has a new film on the way called Wounded Knee: A Line in the Sand (shot in part by the legendary Haskell Wexler). McKiernan is a non-Indian. You can disagree with his conclusions.

But he was there.

After Wounded Knee, we broke free of the dependence on outside reporting. For years, members of the Oglala Lakota tribe and the American Indian Movement worked hard to build KILI Radio (90.1 FM).

In 1983, we became the first 100,000 watt Native American community-owned radio station in America. More than 30 years later, KILI Radio is still on the air.

Mark Tilsen is the president and co-founder of Native American Natural Foods, maker of the Tanka Bar. The company is based on the Pine Ridge Indian Reservation in South Dakota. 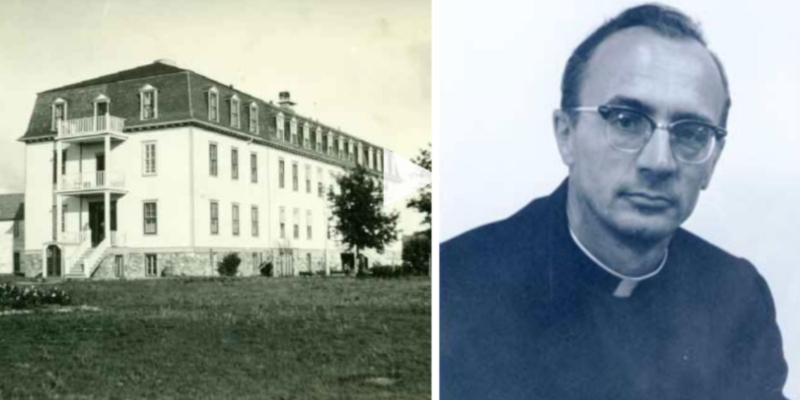